Chefs from Lexington Catering were crowned champions and took home their medals following a week of competitions at International Salon Culinaire.  The competition was held at Hotelympia, at the ExCel arena in London – it is the UK’s largest and most prestigious chef competition.

Rob Kirby, Chef Director at Lexington says, “In all the years of Lexington competing we have never had such amazing success. I’m super proud of the team – it’s fantastic to see how they live our values and really do pull together to support one another.”

Here are the results:

Jack Shaw, Sous Chef at Lexington Catering, took home a Bronze for his efforts. He had just 30 minutes to create a main course dish for two covers taken from a 7/8 bone French trimmed rack of lamb. 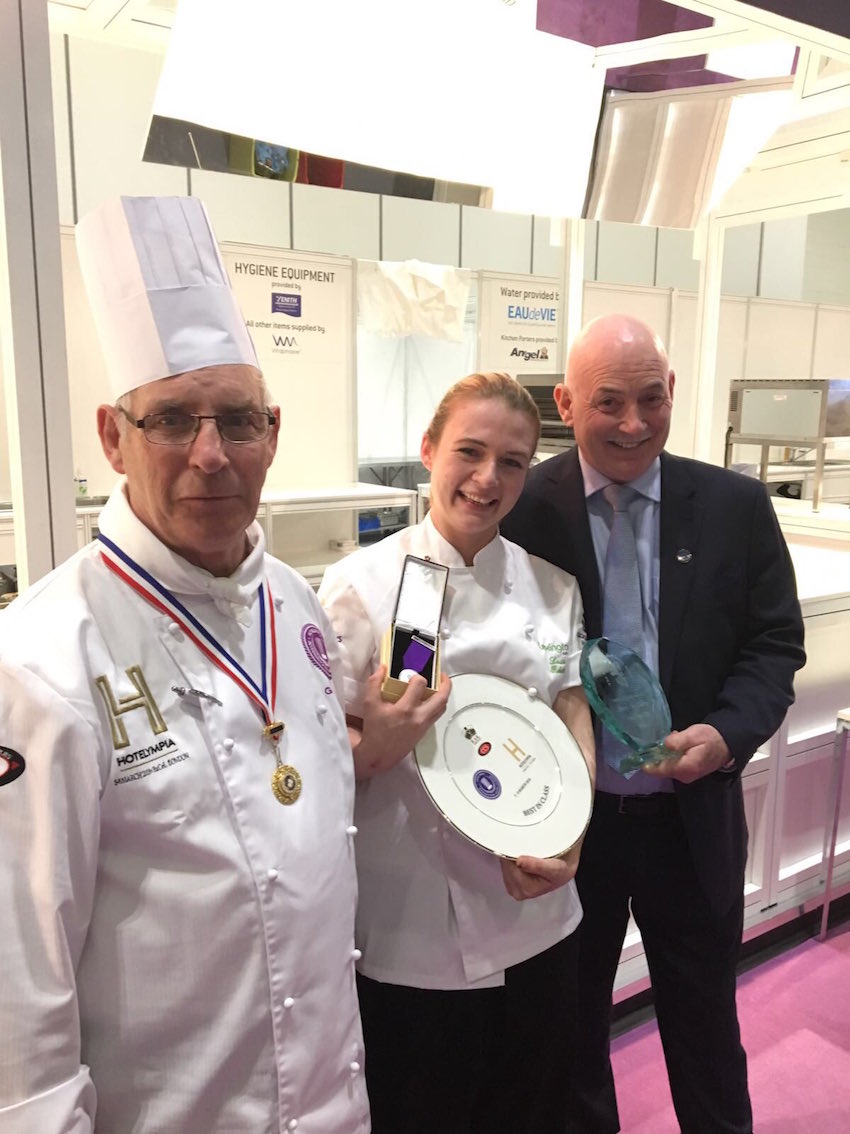 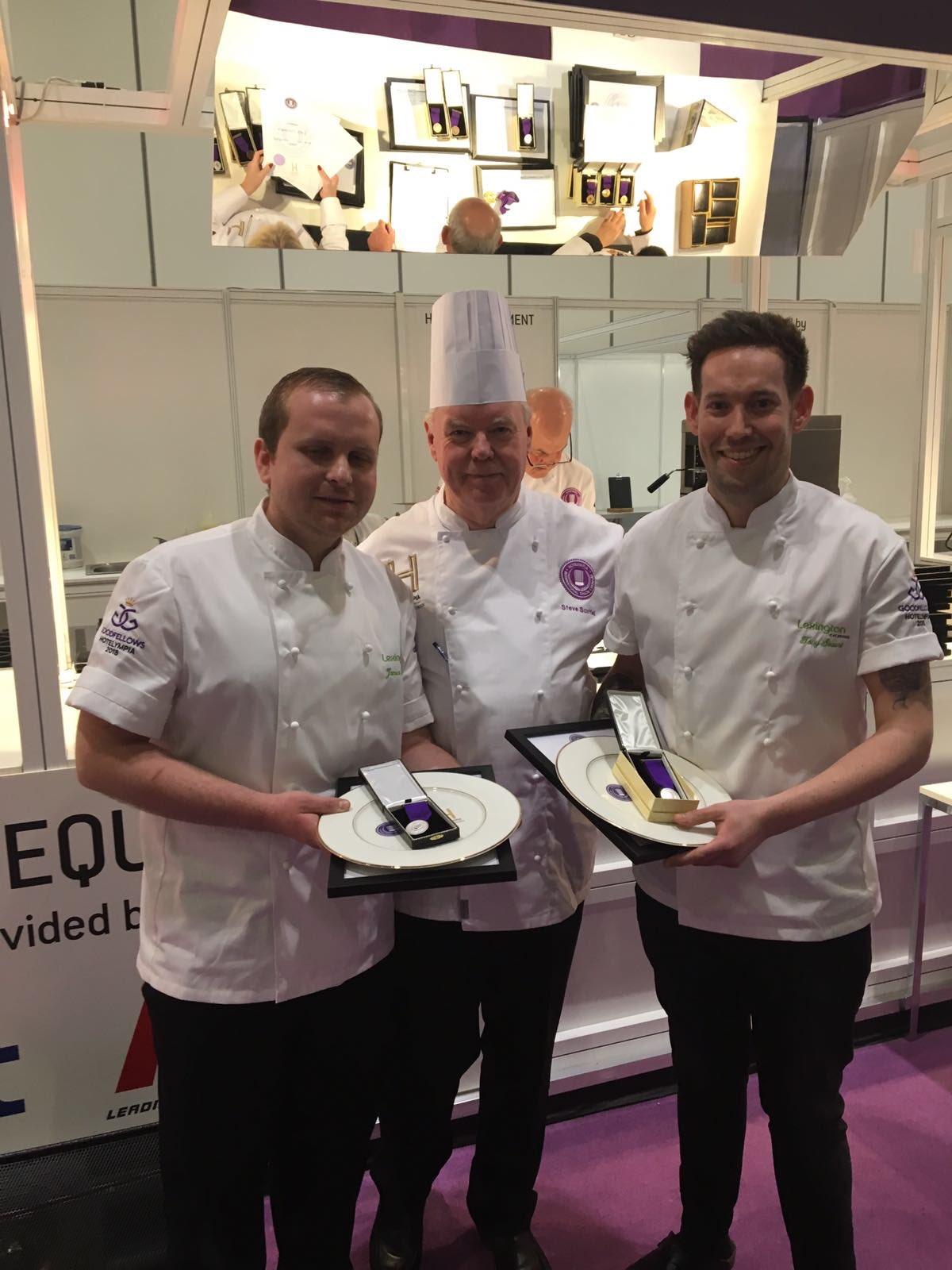 Her starter was smoked habanero Tabasco, pulled pork sausage roll, served with apple and sultana chutney and Tabasco salt crackling. For her main she cooked chipotle Tabasco chicken and pancetta pie, with a selection of side dishes including onion rings and smoked Tabasco mac n cheese roscoff.

Tamsin Roberts, Head Chef, and Tom Bradley put on an amazing show. They had 30 minutes to produce two plated portions of a hot starter or main course using any of the Quorn brand products.

Tom was awarded Silver. He made jerk spiced Quorn and jackfruit curry, which was served with rice and beans, coconut and lime yoghurt, tomato salsa, handmade spiced Quorn roti’s and homemade ginger beer. The judges said, “We were blown away by the creativity during the vegan challenge.” 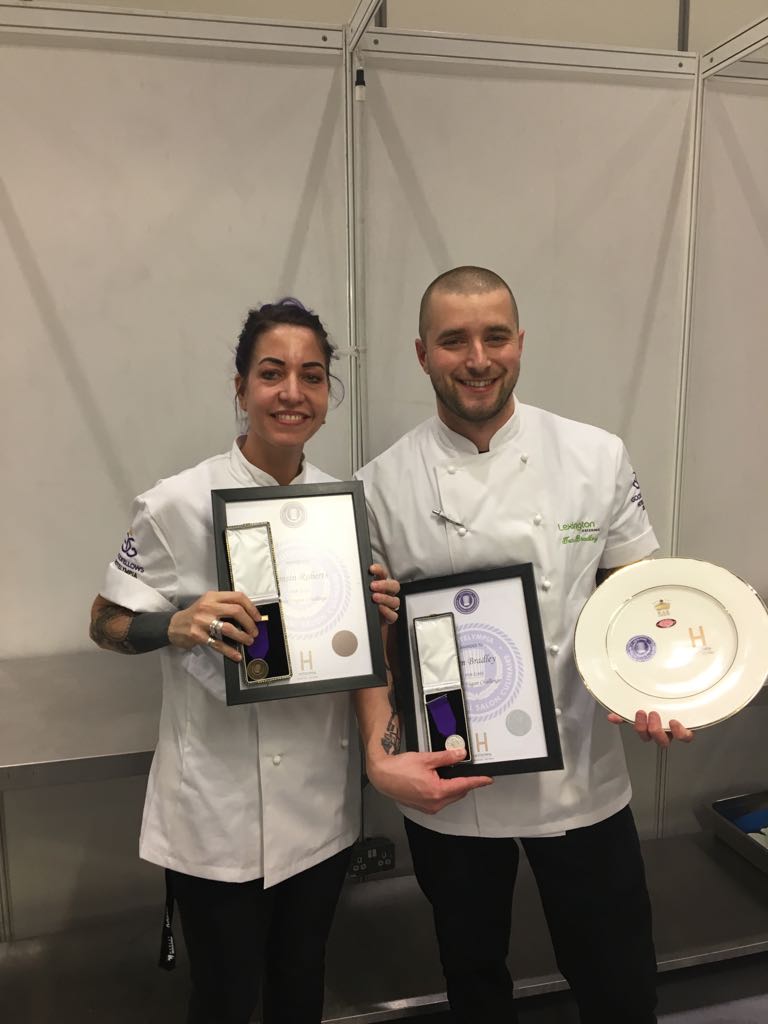 Craft Guild of Chefs National Team of the Year 2018 – Bronze

Lexington Catering’s Matt Jaynes, Stuart Tarff and Jordan Thomas, produced four portions of a three course meal to include a vegan starter, venison main course and dessert designed around a twist on a British Classic. 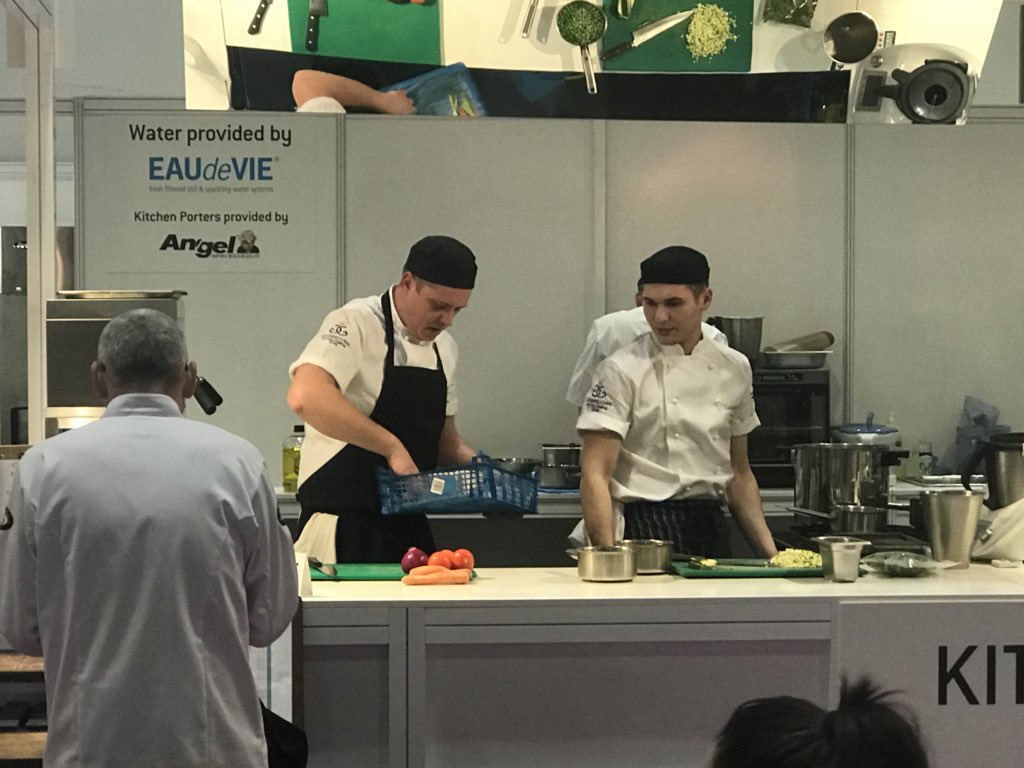 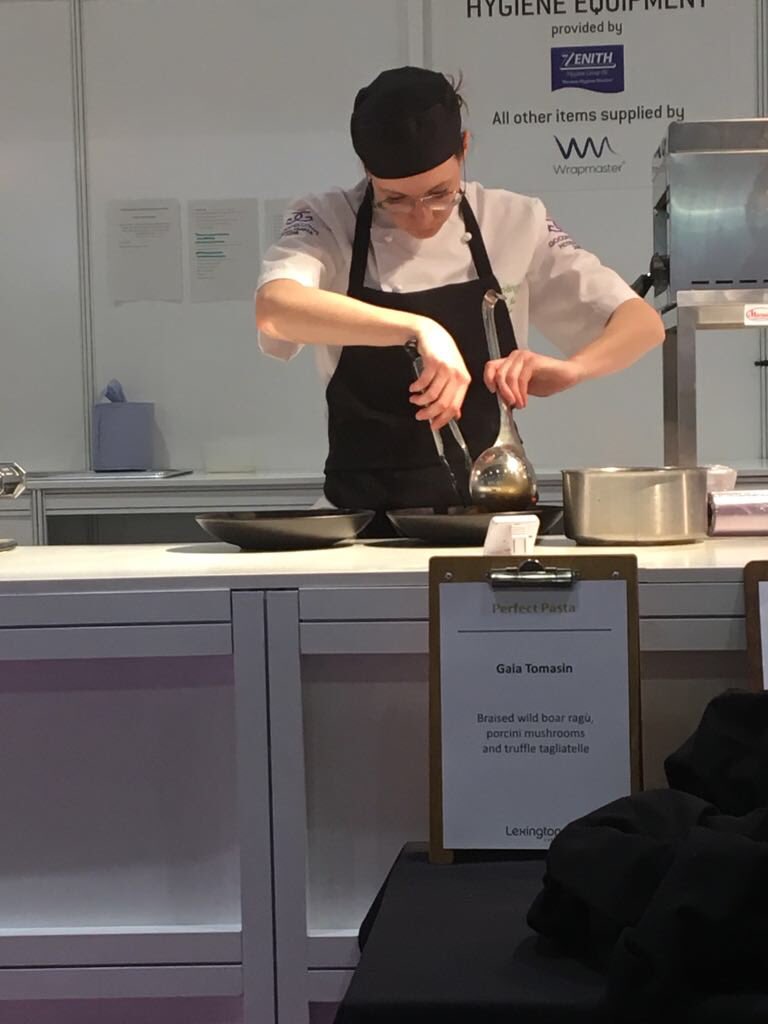 To top things off Danny Leung, Head Chef at Knight Frank, was awarded the Chairman Of Judges Award. This is normally given for the best individual performance within each of the competition categories to recognise someone who has impressed the Chairman of Judges with a bespoke achievement.

Whilst Danny was not competing himself he was there to support the Lexington chefs throughout the whole event. 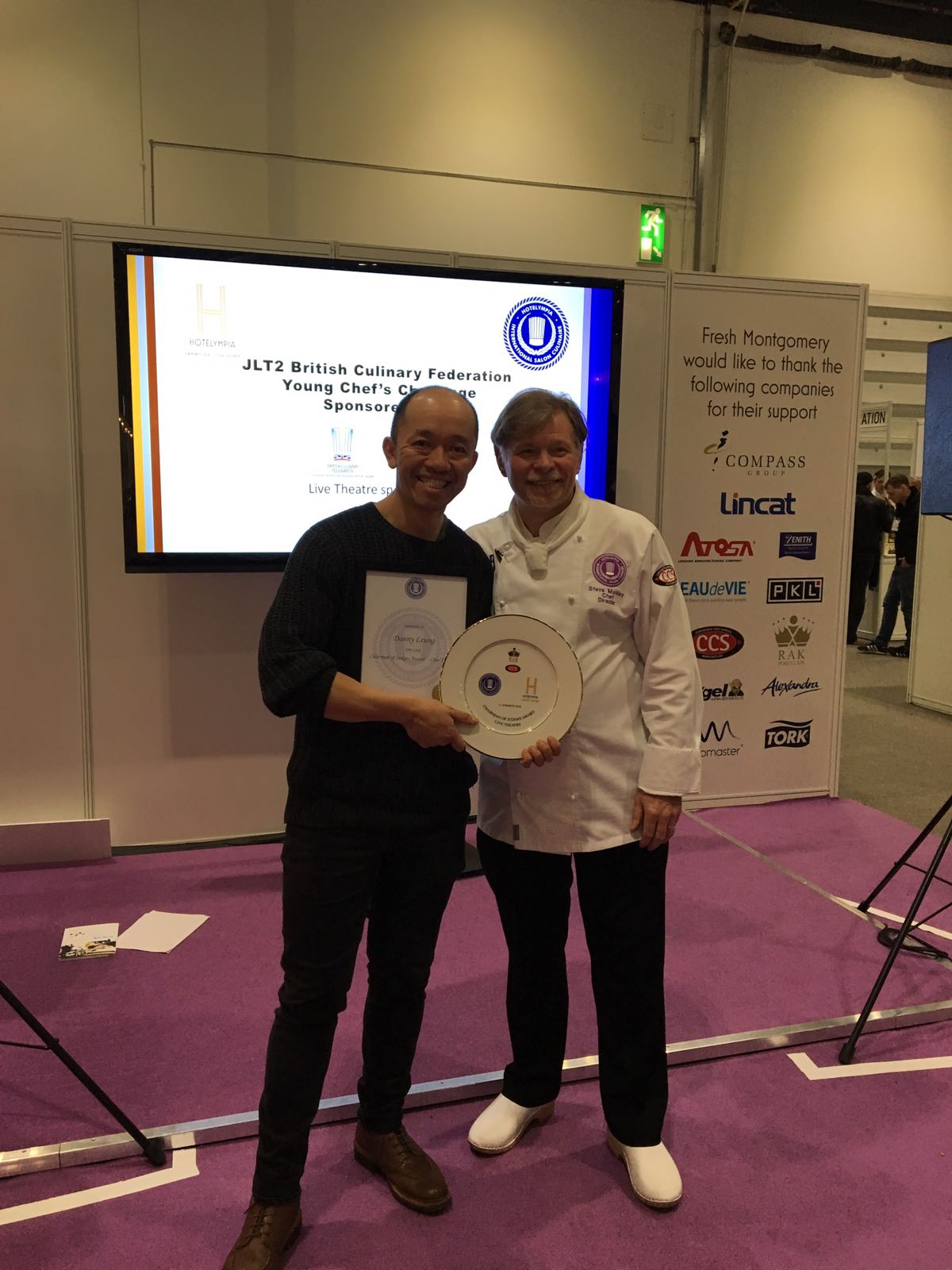 Rob Kirby, Chef Director at Lexington says, “I’m delighted to see Danny’s efforts recognised. He has done a fantastic job to support them throughout the whole event. He was the first one at Hotelympia in the morning and the last one there at night, making sure that the Lexington team had everything they needed to do their very best during the competition.”